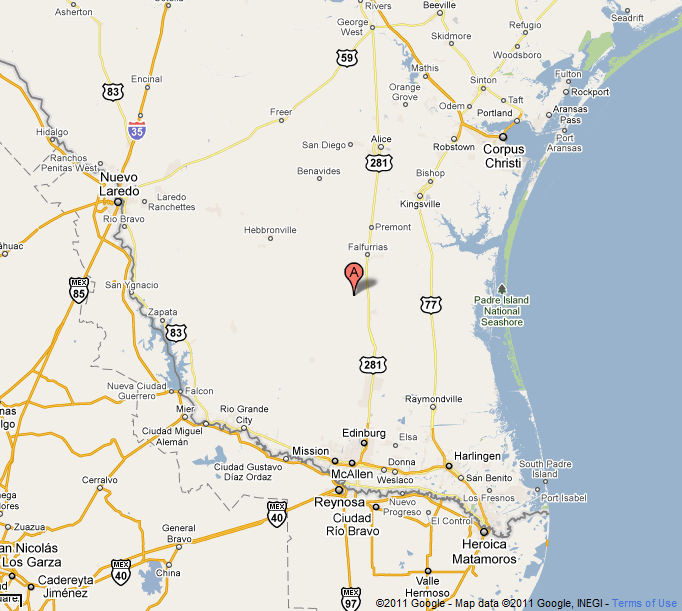 Brooks County, Texas is a less than five-hour drive from Houston, but the rural community of just over 7,200 people is facing an overwhelming amount of crime.

High-speed chases, smugglers and a rising body count has become a fact of life in a county made up largely of ranchers and farmers.

“We have a lot to contend with,” said Brooks County Chief Deputy Urbino Martinez. “It takes a toll.”

Houston’s connection to this rise in crime can be clearly seen in the 250 cars kept in the sheriff’s office’s impound lot.

Martinez said 95 percent of the cars the county has seized this year as part of human, drug and weapons smuggling were originally stolen out of the Houston area.

“The connection between us and Houston, it’s almost like you would have to say ‘neighboring,’” said Martinez.

Cal Dive International, Inc. announced that it has recently commenced a two-year charter of the DP saturation diving vessel Kestrel to a major contractor in Mexico to perform repair and maintenance work for Pemex.

Standing at a podium in front of piles of pipes in Cushing, Okla., last week, President Obama unveiled an executive order meant to speed federal permitting of pipeline infrastructure, including the southern portion of the controversial Keystone XL oil pipeline. Critics immediately jumped on the move, accusing Obama of being “the rooster taking credit for the dawn” and arguing that no federal action is actually needed for that portion of the Keystone pipeline to move forward. National Journal’s Energy & Environment Insiders agree.

More than 70 percent of Insiders said that Obama’s executive order was unnecessary, with some even saying the move smacks of federal overreach.

Insiders overwhelmingly agreed that the southern portion of the Keystone XL pipeline, which will run from Cushing to refineries in Port Arthur, Texas, only needs…

Oceaneering International, Inc. announced today that it has entered into a five-year charter for use of the Cade Candies, a multi-service subsea support vessel owned by Otto Candies LLC. The charter is expected to commence during the second quarter of 2013.

This state-of-the-art, U.S. flagged vessel was built in 2010. It has an overall length of approximately 309 feet (94 meters), a Class 2 dynamic positioning system, accommodations for 69 personnel, a helideck, a 150-ton active heave compensated crane, and a working moonpool.

Oceaneering’s current rolling, short-term charter contract on the Cade Candies, in place since November 2011, will continue through early 2013. At that time, the vessel will enter a shipyard to undergo modifications to enhance its project capabilities. While in the shipyard, Oceaneering’s two, high-specification, work class ROVs onboard the vessel will be repositioned and fully integrated into the vessel for more effective operations. The vessel will…