When working in the most extreme offshore environments, crews have to be able to rely on the absolute integrity and performance of their vessels. Ulstein Group has joined forces with GC Rieber Shipping to offer the market a new standard in operational security and performance – a ship that refuses to accept failure, thanks to the pioneering ‘operation+’ philosophy.

GC Rieber Shipping, the Norway-based harsh environment shipping specialist, has charged ULSTEIN with developing a high-capacity subsea vessel based on its SX121 design. This NOK 800 million ship, ordered in June 2012, alongside an option for a sister vessel, has been commissioned in response to strong market desire for offshore construction support vessels (CSVs) for deep and harsh environments.

Reliability in the extreme

Alongside state-of-the-art features, equipment and performance figures, the vessel will give GC Rieber Shipping maximum operational availability – a vital characteristic for both the company and those chartering… 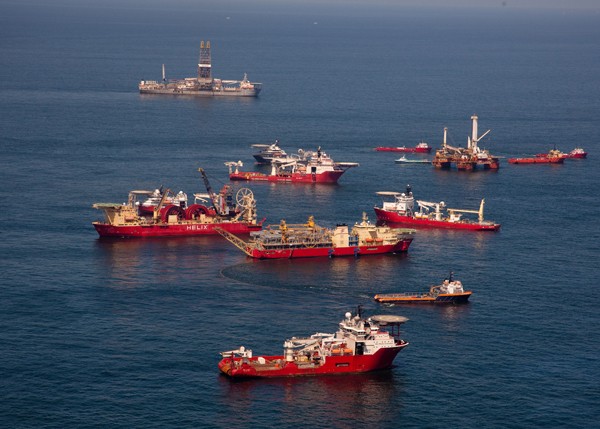 This week the SubseaIQ team added 1 new projects and updated 14 projects. You can see all the updates made over any time period via the Project Update History search. The latest offshore field develoment news and activities are listed below for your convenience.

Aug 20, 2012 – RWE Dea has completed its 3D seismic survey offshore Turkmenistan in under four months. Approximately 154 square miles (400 square kilometers) was acquired in RWE Dea’s Block 23, which was awarded as part of a production sharing contract (PSC) in 2009.
According to RWE Dea, it will take several months for geologists and geophysicists to interpret the processed data collected from the Miocene and Pilocene rock strata at depths of 9,842 to 21,325 feet (3,000 to 6,500 meters). This 3D seismic survey transitioned from onshore to shallow water…

The 12 shuttle buses, dubbed the GOP EZ Shuttles, will transport convention participants on specific routes to several hotels, as well as attractions in the Tampa Bay area, including Ybor City and Busch Gardens. ANGA is working with local utility TECO Peoples Gas and Ultimate CNG to provide CNG fuel for the buses.

“We are proud to have this opportunity to provide transportation to convention participants in Tampa and to give them a first-hand experience with natural gas vehicles,” said ANGA President and Chief Executive Office…

Dril-Quip, Inc. today announced that Dril-Quip do Brasil LTDA, its wholly owned subsidiary, has been awarded a four-year contract by Petrobras, Brazil’s national oil company, for the supply of subsea wellhead systems and associated tools to be used in the drilling of deepwater wells offshore Brazil.

The contract is subject to customary terms and conditions for agreements of this type, including termination, extension, product inspection, local content requirements and price adjustment provisions.

Dril-Quip is a leading manufacturer of highly engineered offshore drilling and production equipment, which is well suited for use in deepwater…